What is a hypothesis

A hypothesis is a hunch, proposition or assumption, the basis of which the researcher carry on the research. A hypothesis brings a focal point to the research but regardless of its importance a research can be conducted without a valid hypothesis. Webster dictionary defines a hypothesis as a proposition, condition, or principle which is assumed, perhaps without belief, in order to draw out its logical consequences and by this method to test its accord with facts which are known or may be determined.

In any research, there is one hypothesis that you seek to confirm or deny through your research. However, there are two categories of hypothesis and these categories are classified on the basis of the wording that we use in the formulation of the hypothesis. These two types are known as research hypothesis and alternate hypothesis.

Errors in testing a hypothesis

A type I error means the rejection of a null hypothesis when it is true.

A type II error means acceptance of a null hypothesis when it is false.

The chances of error can be minimized by avoiding the following while conducting a research study:

Previous The Cross-sectional Study Design in Research
Next Types of Study Designs: The number of Contacts 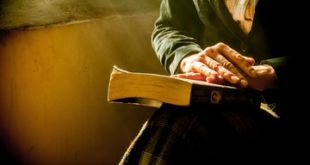