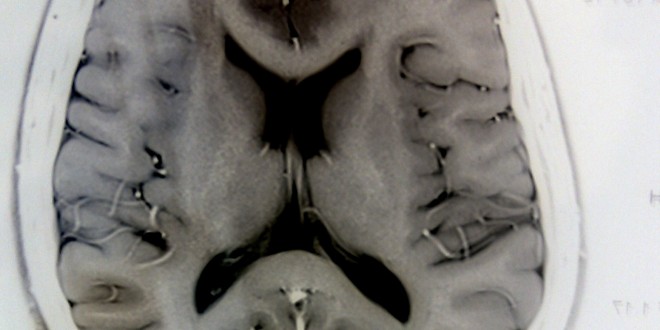 A brain surgery is definitely a big decision, especially when you have never experienced even hospitalization in your lifetime. The risk of surgery cannot be overlooked but in the absence of any other option you have to take the risks.

My story is not a very different one, several people will have experienced brain surgery and the outcomes of it but the best part of my story is that it is a positive one. Those people who are undergoing similar problem can get some motivation before they decide about their treatment.

How my AVM got diagnosed

I was living my life normal like others, I never head headache, fits, seizure in my whole life, but Life never remain same you always have something different to experience. On 17th august I went to a nearby hospital to get a dose of an antibiotic injection (I had urinary infection), I stayed there for 20 minutes after injecting the medicine and came back home. I took dinner at home but while chewing food I felt numbness in my body as well as nausea.  I tried to understand what was happening with me but it was too late I lost all my senses and the next moment I was lying on the floor unconscious. My family hastened to take me to the hospital and in emergency they injected another medicine to stop the reaction (as they said that the antibiotic has reacted with some of the functions of my brain). The reaction or the seizures stopped in 45 minutes from its initiation. The next day doctors took an MRI of my brain and I was diagnosed with an AVM(Arteriovenous malformation). They asked me that did I have any fits or seizures before but I never recognize or remember any such event in my life until I had a day before. As an adult and healthy male I never heard about an AVM or never experienced any symptoms in my life that would have made me to think about it. I thought that it will be something that can be treated by medicines and I do not need to worry but the doctors told me that you have to opt between a surgery and radiation, as there is no other way to cure it. I was not convinced to have a brain surgery since I was as healthy as any other human being can be; never in my life had I experienced any seizures or stroke, not even headache. My profession required stress but I was blessed that I never had any such symptoms.

Doctors said that my diagnosis of AVM was sheer luck as most of the people know about the AVM when the damage has already done, yeah it was sheer luck.

So What is AVM? What did doctors tell me about AVM(Arteriovenous malformation)

The very first thing came in my mind was What the heck that AVM, Doctors were calling it we found Black spot, I visit couple of doctors and did some googling, so in very simple word I can define AVM as “AVMs represent an abnormal interface between arteries and vein” so your brain have few or more extra smaller/thin/weak/abnormal veins in brain which are dangerous. They are formed fetus is growing, they are not inherited, its not something transfer from family to family etc. Doctors told me most critical part of AVM is not their existence but its size and more important its Location.

Criticality of AVM depends on the Size and Location

A brain AVM can be located in any part of your brain and it can be of different sizes. The location and size of the AVM are two important factors in determining the mode of treatment. My MRI report revealed a 2.4×2.1 cm AVM and it was located in the right frontal lobe of brain. According to function the brain can be divided in four lobes as well as cerebellum. Each segment of brain has its own function, the right frontal lobe for example controls personality but the functions of brain are so complex that one cannot even imagine. If your AVM is being found in frontal lobe it would be more safe but depends on Right/Left. In my case I use my Right Hand for everything and my avm was also on right side of frontal lobe, doctor told me you are very lucky since size is not big , location is front as well as on Right side.

I consulted several neurologists as well as neurosurgeons before reaching any conclusion regarding the treatment. I thankfully found a consensus in their opinion, they all advised surgery. My AVM was located in right frontal lobe and the doctors said that it is the safest place for surgery. The size was also small so I finally decided to have a microsurgery but it was a big decision because I never underwent any surgery and no one in my family ever had a neuro-surgery (a craniotomy if we call it more technically).

The surgery was performed by a very famous neurosurgeon and it went safely. No complication arrived during the surgery as was expected by the neurosurgeons. The surgery was 3 hours long and the recovery to be conscious and alert took another hour or so. After 4 or 5 hours I was able to talk and reply, all of my senses were properly working and with the grace of God I was in a stable condition. I remained in the recovery room and then in the special care unit for two days, after that I was transferred to my room in the hospital and in four days after the surgery I was discharged from the hospital.

I had to take some precautions like I had to avoid the use of laptop, computer and cell phones. The surgeons advised me to take proper rest and no diet was restricted. Headache was there for few days and then it was gone. Thankfully I never experienced seizures or fits again till now. For those people who also have AVM in their brain I will recommend that they should get treatment because one cannot live a life with fears.

What is the relationship between substance abuse and juvenile delinquency. There is a two way …