To make the process of sampling more accurate, valid and reliable some sampling principles can be used. The process of sampling in research is governed by three principles. It should be kept in mind that sampling can only provide an estimate of the population mean and population parameters and in majority of cases there will be some difference between population and sample characteristics. Population is an entity and sample is its part so their characteristics will be 100 percent same, only if, the whole population is identical and that is not possible in research. Research is undertaken to know the differences that exist in the population.

The first sampling principles says that there will be a difference between the population mean and parameters and sample statistics. The reason for this difference is that the sample is only part of the population but not the whole population itself. The selection of units through random sampling can help minimize this differences. There are several other ways that can be used to get the most representable sample. Different samples drawn for the same population may vary in their sample statistics. The difference that exists between population and sample characteristics is known as the sampling error. Sampling error can be minimized but it cannot be avoided completely.

The fourth principle of sampling is about the nonsampling errors and biases. In sampling from any population any other error that occurs that has been invested because of the researcher is known as researcher bias. Faulty estimates and poor use of techniques can also result in errors and these errors are known as nonsampling errors. Before selecting sample from the target population sampling principles should be understood to make the process of sampling valid and reliable.

Previous Research Design and Its Selection
Next Sampling Types in Research 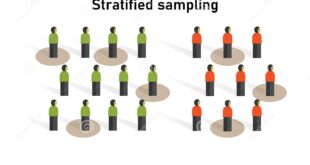