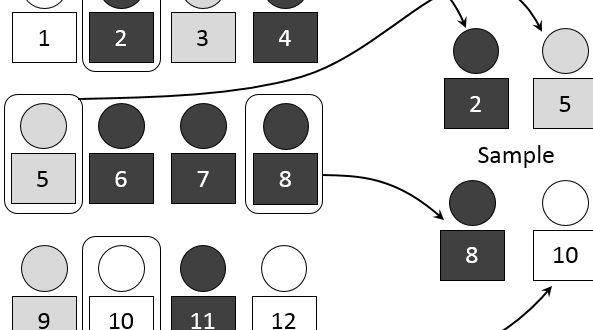 As a student of research you most certainly would have heard and be familiar with the terms populations, samples, probability and non probability sampling methods etc. These are all sampling terminologies an understanding of these terminologies help the researcher in undertaking the research. While there are various text books on research methods that most certainly and definitely have detailed chapters regarding the definitions and explanations about these terms, in case you have been unable to get a hold of any one of them and are trying to understand what is meant by random sampling in research, let’s endeavor to take a look at it through the following discussion but let’s first see what sampling means.

What is SAMPLING and what is a SAMPLE?

Sampling is an important part of the research design. It is the process through which the researcher derives the sample needed and then the quantitative or qualitative data which he/she requires for the research project.

A sample is a smaller group or a subset of a larger population. When carefully chosen and selected the results and data derived from this subset can be confidently claimed as being representative for the entire population.

A sample is normally chosen by the researcher because in most cases the population from which the researcher needs data is so large that it becomes impossible, expensive and also extremely-time consuming to research the whole population, thus the researcher decides to take a smaller sub set or group out of the larger population through predefined selection methods, research it and drawn conclusions for the entire population.

Suppose a company manufacturing cell phones wants to conduct an in depth research study on university students of Pakistan regarding the features they use the most in their cell phones, what features they would prefer to see in the devices and what price they would be willing to pay for these features. It would be impossible as well as impractical and extremely expensive to ask the millions of students in the universities. So what can the company do? The company can use a sample of universities by geographical location and a further sample of students from with in the universities that would be large enough with which the research can be conducted.

Suppose the dean of a college wants to know the perceptions of students towards their teachers and educational level. All the 1000 students can be the population out of which 100 can be selected at random and this would constitute a simple random sample.

In stratified random sampling the researcher divides the population into further subgroups called strata, this stratification can be on the basis of gender, districts, age, states or countries etc. A simple random sample is then chosen from each strata separately and later all these samples are combine to form an overall sample. Reasons for choosing this method may include

A researcher wanting to analyze socioeconomic background can further classify respondents according to their annual salaries. This would form smaller strata from which simple random samples could drawn and combined to form an overall stratified random sample.

In a systematic random sample the sampling units are selected at a regular interval. This can be better explained with the help of the following example

Cluster sampling can be either one stage or multiple stage cluster sampling. In this method complete clusters of participants of the population are identified and included in the sample group on the basis of definite demographic parameters such age, sex, location etc. This method is different from stratified sampling because in this the cluster is regarded as the sampling unit whereas in stratified sampling only certain elements of the strata are considered as the sampling units.

If the federal drug authority wanted to find out adverse side effects of drugs, it could divide the country into clusters such as provinces, research studies are then administered to the respondents in these clusters.

Previous Thesis or dissertation writing
Next Purpose of sampling in research