Now it means that there are some rules and regulations that are established by the professional researchers as well as by the government. There are also some ethical standards that the researcher should make sure to follow during the research. The researcher needs to be well aware of the norms and standards of responsible conduct and should follow in every aspect of the research.

An obligation to yourself

A researcher has an obligation to himself to abide by the ethical and legal standards of the research. Irresponsible research conduct can lead to bad reputation among researchers. Every researcher has some goals when he is conducting a research a badly executed research can never let you achieve your goals. The beginning researcher should know that their first research will help them gain value and respect among the scientific community. Expert researcher sometime become allured by the charm of publishing several papers one after another. This kind of behavior that is only based on the aim to get into the spotlight without following the standards can do the opposite. It can put the integrity of the researcher on stake. A beginning researcher can ask help from a mentor or research advisor to understand the basic standards of research.

An obligation to other researchers

When a researcher conducts a research other researcher believe in his findings. New researchers use his findings to extend knowledge and several other studies are based on one research. Science is cumulative and in replicating a study a lot of time and money is used. The researcher should put the interest of the scientific community and the society first and his own interests afterwards. There have been studies who got fame in the past and it was only several years afterwards that replication of those studies proved that study to be faulty and having a lot of loopholes. Such studies not only waste time but they waste time of other researchers in replicating the study.

Every researcher has an obligation to other researchers and therefore they should responsibly conduct their research. Every researcher is expected to promote good scientific standards. Those who still do not do so will lose respect in the scientific community and put their career on stake.

An obligation to the community

Every research is conducted with an aim to do some good to the community or society. A discovery can have a direct and immediate impact on the lives of human beings or other creatures. Other research have indirect but significant impact on the society. Researcher conduct research to answer some of the most important questions related to human beings. They have a curiosity to find answers to their questions. Research is much more than curiosity and new discoveries that give recognition and name to the researcher among his peers and society. Research should be conducted as a responsibility to solve some needs of the society otherwise spending time and money on a research will be useless.

There are many research discoveries that do not receive patents from government because of lack of utility. Utility and significance define the basic importance of every research. To find answers to these important questions one must use the best possible research mechanism. The researcher should also abide to the ethical and legal standards of the research. Failure to abide by the rules or the use of wrong research mechanism can slow the advancement of knowledge. It will be a wastage of time to conduct a badly executed research.

Previous Sharing of Research Results
Next Treatment of Data in Research 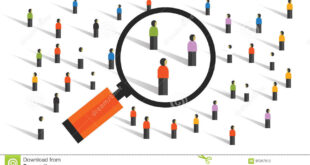