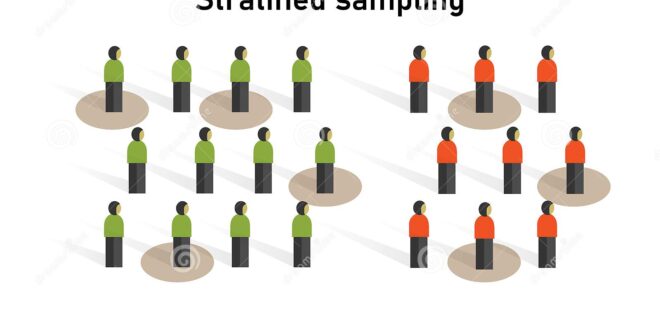 A very effective method is to use stratified sampling instead of simple random sampling. It helps reduce and manage the heterogeneity of the population. In stratified sampling each strata is mutually exclusive and collectively exhaustive. Also, each element in one strata share a common basis, heterogeneous elements of the population are easy to manage. The shared attributes may include income, education, age, gender, race, social status, or common ailments etc.

In stratified sampling the researcher stratifies the population in clearly identifiable strata based on some common characteristics. The process of classifying the elements in separate strata is called stratification. Within each strata the researcher selects the sample randomly.

An example of stratified sampling can be to study the prevalence of hypertension in a specific population of elderly people. So, to study this we may need a sample that includes both genders, participants from different socioeconomic backgrounds, or different occupations etc. The variation of this population is hard to control in a simple random sampling but it is much easier in stratified random sampling.

Previous How to Cite Newspaper Articles?
Next Purposeful Sampling in Qualitative Research