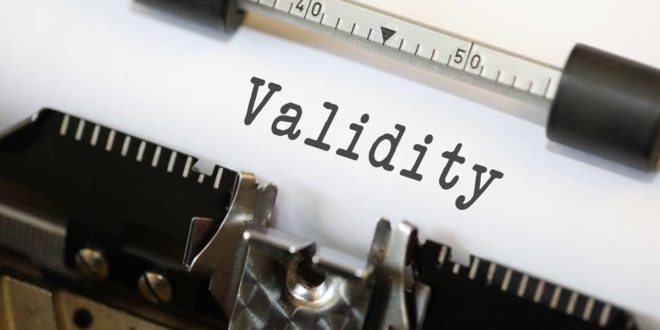 A researcher conducting a study or experiment generally wants two things to happen. The researcher wants the study and the findings to be valid and reliable. Validity and reliability are two most important characteristics of research. While you may feel that these two terms can be used interchangeably, one in place of the other. There’s a slight difference between the two.

Reliability means that the results obtained from a study, test or research experiment are consistent and the same every time. The more similar the results obtained, the greater would be the reliability. For example If a teacher administers a test to measure IQ levels and consistently yields a percentage of 0.07, it can safely be regarded as a reliable test for gauging IQ levels of the students.

Internal validity is concerned with how well the study has been conducted or structured. It is concerned with the procedural processes of research and how rigorously they were implemented in order to eliminate alternative explanations for the given phenomenon under study.

A reasonably conducted research that has good internal validity explains:

● What makes things happen;
● Why people behave in a certain way in one setting while they behave the
other way in another setting.

Deciding that a research study has internal validity isn’t as simple as pointing to a yes or a no point of view. There are certain factors that threaten to reduce the internal validity of any research and which need to be accounted for. They are as follows

Confounding refers to a situation in which there is a possibility of some other factors coming into play in the research study and thus producing confusion as to which factors are in fact giving the results, these confounding factors also called extraneous variables are what threatens the internal validity of the research.

Periods of political unrest or unforeseen natural calamities can threaten internal validity if they cause a change in the way research participants feel or act during the period over which the research spans.

Over a period of time the research participants may mature naturally. This means, they may grow old, get tired, or bored and, will make it impossible to state that results observed were due to the impact of time alone.

If you test research participants with the same measures, it is likely that the
internal validity of your research gets compromised. How? Well! Let’s
understand it through this example suppose you give a person the same test repeatedly, what happens? The person is probably going to do better because he/she becomes familiar with the test and the testing process. So the person is likely to answer differently, same holds true of
research participants being tested using the same measures every time.

A treatment can spread from the treatment to the control group either
through the group members interacting, talking or simply observing each other, this affects the internal validity of the research.

With the passage of time, instead of the intervention, the research participants may naturally fall in a certain direction, this may be threatening to the internal validity of research.

Research participants may also respond differently depending on the type of instrument used for testing.

Sometimes research participants leave due to some reason. This makes the sample less representative and random. This posits threat to internal validity of the research. The researcher may employ different methods to overcome this problem. The researcher cannot totally control such situation.

This refers to the experimenter himself/herself acting and behaving differently towards the different study groups that would ultimately have an impact on the results of the study. Therefore, threatening its internal validity.

How internal validity can be improved

Just like there are factors that threaten to reduce the internal validity of a research, there are also certain ways for improving it.

Selection is the name of the game! One of the best-known practices to increase internal validity is to first randomly select the participants. After selection again randomly assign these research participants to the treatment and the control groups.

If the researchers follow the specific set of procedures for the administration of the treatment or intervention it can increase the internal validity of a given study. Following these steps is what constitutes the protocol of the study.

Internal validity is likely to improve if a researcher manipulates the independent variable rather than just observing the relationship without introducing the intervention or treatment.

Refers to withholding the knowledge about the intervention or treatment being introduced from the participants and sometimes from the researchers themselves so that it doesn’t bias their behaviors and perceptions, thereby, affecting the outcomes of the study.

Previous Generalizability in Qualitative Research
Next External Validity in Research