It is important to make sure that the offender will not indulge in crimes once leaving the facility. The environment inside the detention facility plays an important part in grooming the offender. The juvenile justice system is constantly struggling to tailor the needs of the offenders. They are developing new programs that can help. For this purpose, there is a growing need to work along with families and schools of the offenders.

Majority of studies of mental illness and juvenile suggest that these offenders have minor mental health issues. On the other hand serious mental illnesses account for rare cases of delinquency. However, juvenile offences can lead a minor mental problem into a major problem. Similarly, when a juvenile commits crime over and over again, he can develop serious mental disorder. This, then becomes hard to cure.

Common mental illnesses that can make a juvenile deviant includes the following.

Juvenile crimes are a source of concern to the world. Research suggest that most juvenile crimes are a result of a long-term behavioral problems. These problems often begin form childhood but they become problematic as a child reaches teenage. Early intervention is necessary to overcome these behavior problems. Aggression is one of the concern that often has roots in childhood. One reason for aggression is difficult childhood that continues through adolescence.

Anxiety has links to delinquency and offending. Sometimes there is a direct relationship between both otherwise anxiety is an indirect factor. Anxiety makes a person emotionally overwhelmed. However, the way anxiety influences a person depends largely on the ethnic, social, and cultural background of the person.

In understanding the impact of anxiety or depression on antisocial behavior we need to understand other factors as well. Family history of criminal activities, substance abuse, or poverty can make the anxious or depressed teen much more prone to crimes and offences.

Several studies support that adolescents with ADHD are at an increase risk of antisocial behavior. Childhood ADHD contributes to conduct problems that later develops into delinquency. There is a need for early intervention that should continue to adolescence. Further work is needed to prevent ADHD in children.

The government and the juvenile justice system needs to develop a plan for the juvenile offenders suffering from mental health issues. A significant number of juvenile offenders suffer from mental health problems. Sometimes these mental problems arise from delinquency, otherwise, mental problems leads to delinquency. Therefore, there should have effective plans for the youth. More research is a must requirement to understand the needs of the sufferer.

We need to know the types of mental health issues that are significant and non-significant causes of delinquency. The justice system should identify the mental illness of the juvenile arrested. So, there is a program that is tailored to the needs of the specific juvenile offender. There are some mental problems that require constant and long-term treatment. While other only require a short-term grooming and treatment. The personnel need to know the specific requirements for dealing with specific mental issues.

There is also a growing need to train the personnel involved in the detention facilities. These persons handle the juvenile offenders and they can play an important part in grooming an offender. Thus, we can make it possible that the offender is in good hands. The personalized plan for each juvenile offender needs good documentation. This will help in many ways for future understanding of similar situations. This will also help in analyzing the results of the personalized plan.

The juvenile justice system and community can work together. Especially parents ans school can play an important role. The involvement of the overall community is important for the grooming of the juvenile. After the juvenile is out of the detention facility the community is responsible to attend to the juvenile’s mental health.

Serious offenders require a separate facility where they get treatment and detain from the community. Because it is good for the juvenile offender as well as for the community. And, they can return and become part of the community after they receive their treatment. But, they need monitoring to make sure that they are perfectly blended in the community. 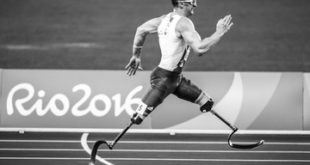